Consulate of the Republic of Belgium

Belgium has an intriguing cultural offering with the country apportioned into three regions – Dutch speaking Flanders in the north, French speaking Wallonia in the south and German speaking on the eastern borders. The capital, Brussels is bilingual, while tourists and business travellers will find English is widely spoken throughout the county.

Belgium is both charming and captivating with splendid architecture, spanning the Renaissance period from the 13th century encompassing gothic cathedrals, opulent 17th century baroque styles and then through to the 19th century art nouveau movement. The country is also recognised for significant historical destinations including epic battlefields, beautiful towns, fairy tale castles, laneways, and canals.

Earnestly, Belgium hosts headquarters to both the European Union and NATO. Due to its central geographic location, highly developed transport network, diversified industrial and commercial offering and very well skilled and multilingual workforce, their capitalist economy is strong.

Belgium is centrally located in western Europe bordered by the Netherlands, Germany, and Luxembourg. Spring through to fall is the loveliest time to visit.

The Consulate of the Republic of Belgium is in Melbourne and is available to assist Belgians (Flemish & Walloons) and non-Belgian residents alike. The Consulate may be contacted by telephone during business hours or by email 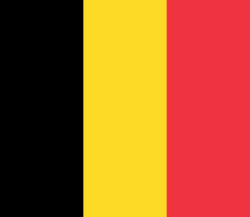