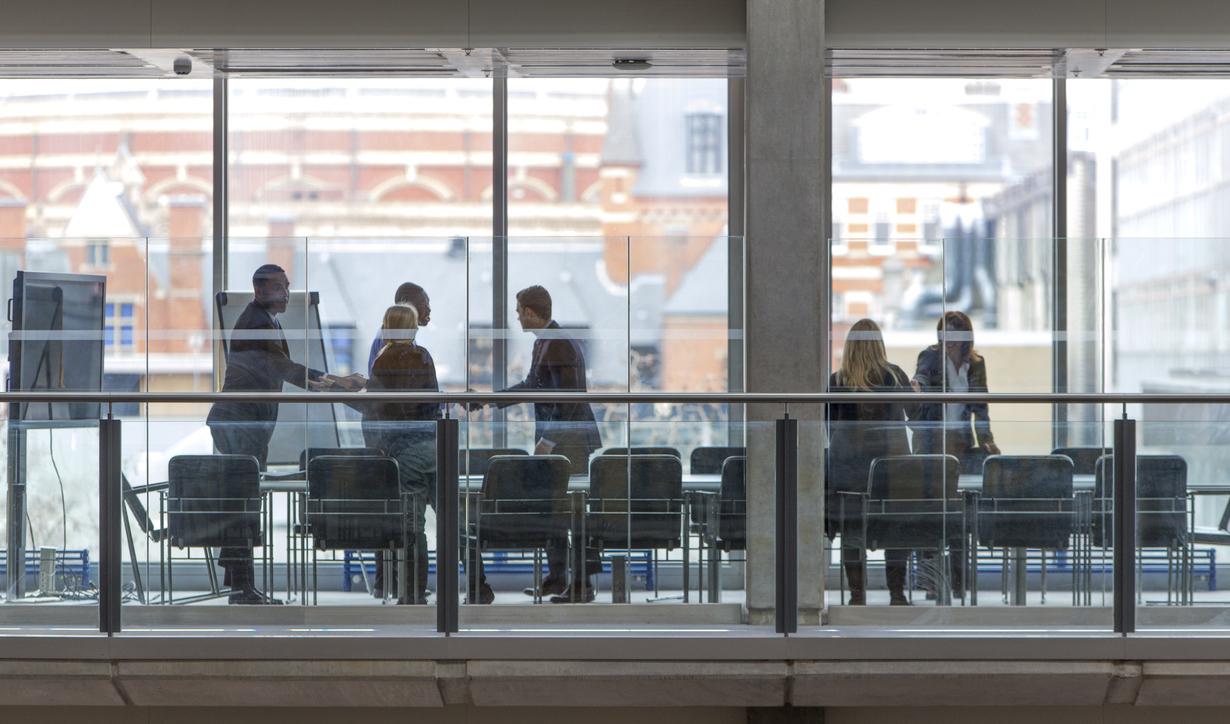 Note, all seminars listed below are local time in New York, USA

The Power of Diplomacy and How to Make it Work for You.
Capricia Penavic Marshall
Global Engagement Strategies, LLC 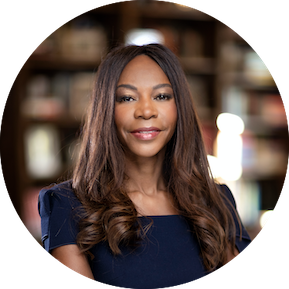 How Boards Work: And How They Can Work Better in a Chaotic World

In this forum, participants will hear from economist, NYT best-selling author and board member Dr Dambisa Moyo about the ever-evolving nature of corporate boards.

Named by TIME Magazine as one of the “100 Most Influential People in the World”, Dr Moyo interrogates the contemporary functions, as well as the challenges and solutions required to make boards work better in a chaotic world.

Dr Dambisa Moyo is the author of ‘How Boards Work: And How They Can Work Better in a Chaotic World’. She currently serves on the boards of Chevron Corporation and the 3M Company. 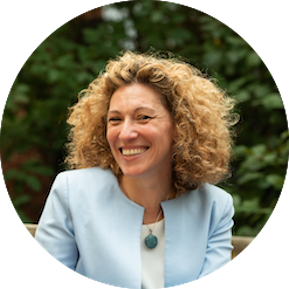 Understanding project management is a vital function of a chief of staff. But as the world advances technologically and re-aligns in response to the COVID-19 pandemic, the way we select, define, plan and deliver projects needs to be urgently updated.

In this webinar, participants are equipped with the skills, knowledge and techniques required to deliver chief of staff specific projects in a rapidly changing business environment. 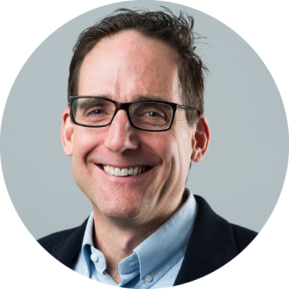 The role of corporate culture in supporting business objectives is critical. Most companies have great intentions but what does a good company culture look like and how do you measure it?

In this seminar, Professor Donald Sull (MIT), CultureX introduces chiefs of staff to the value of contemporary methods of big data analytics, including AI and machine learning, to effectively measure an organization’s culture and its effect on performance.

Professor Donald Sull is a global authority on executing strategy in volatile markets. He has been identified as a leading management thinker by The Economist, the Financial Times, and Fortune which named him “among the ten new management gurus to know.” 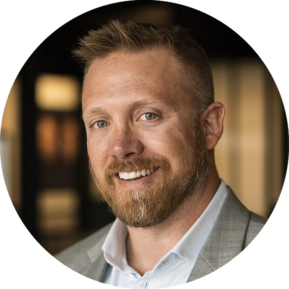 Chiefs of staff are often turned to in times of crisis to help guide and insulate the organization from harm. In this Situation Room, Mission Six Zero will challenge members by putting them in positions of ‘Deliberate Discomfort’.

Participants will learn how to dramatically improve performance and become more reliable leaders in the face of significant turmoil.

Mission Six Zero is a Leadership Training group run by Green Berets, Rangers, PhDs, and Scientists. They take skills developed in the military and apply them to business contexts to dramatically improve performance and solve organizational problems.

New Zealand and South Korea are countries with distinct histories, cultures and languages. Both are important and respected players on the global stage.

In this briefing, New Zealand’s Trade Commissioner to South Korea, Stephen Blair, will provide members with an update on the political and economic developments in the countries that are most relevant to international business.

Mr Blair is a seasoned diplomat whose experience in international trade has led to an understanding of the nuances of leadership and the influence required to be effective in a global world.

Based in Seoul, Stephen is responsible for facilitating and promoting trade and investment leading a team that builds commercial relationships for New Zealand businesses.

One common characteristic of the chief of staff role is to learn how to ‘operate in the background,’ which means influencing executives to guide an organization along its strategic path. So how do you assert constructive and impactful authority and influence?

In this webinar, Keith Ferrazzi, will provide the toolkit for participants to ‘lead without authority.’ members will develop their capacity to lead through impact by building “co-elevating” relationships and sustainable and influential networks.

Keith Ferrazzi is the author of the New York Times bestselling books ‘Never Eat Alone’ and ‘Who’s Got Your Back?’. Keith is a recognized global thought leader whose methodologies are adapted to a twenty-first century with a radical new workplace operating system. 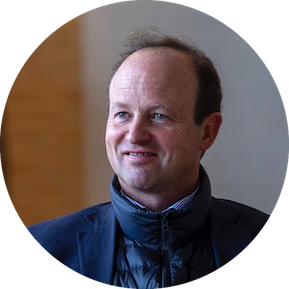 Understanding how reputation (good or bad) affects your company is among the most essential competencies required of a contemporary chief of staff.

In this seminar, participants will be introduced to the key principles of reputation management, including how to manage and grow your reputation as well as how reputations can be repaired when they are damaged.

Rupert Younger is the founder and director of the Oxford University Centre for Corporate Reputation. He has published two books – The Reputation Game (an international bestseller now published in six languages) and The Activist Manifesto. 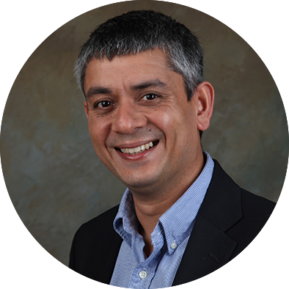 Chiefs of staff face challenging and unexpected situations every day. Dr Nippin Anand, will create a Situation Room and narrate the story of one of the worst disasters in maritime history. The richness of this story will include all the ingredients of difficult decision making that the chiefs of staff typically face.

The objective of the session is to encourage the chiefs of staff to think and reflect upon the implications of critical business decisions with clarity of purpose in the face of uncertainty.

Dr Nippin Anand is the Founder and CEO of Novellus Solutions. He teaches business how to avoid repeating patterns of failures, particularly in regards to operational failures, product failures, accidents and commercial losses. 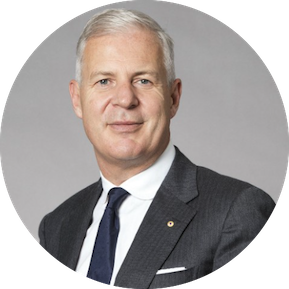 An effective and influential network elevates a chief of staff’s ability to execute strategy and deliver outcomes for the principal.

In this webinar, participants will hear from John Denton AO, a former diplomat and expert in global trade. John interrogates the critical issues, challenges and opportunities facing the global trading system and emphasises the importance of building networks.

John W.H. Denton AO is the current Secretary-General of the International Chamber of Commerce in Paris, the first Australian to hold the position. 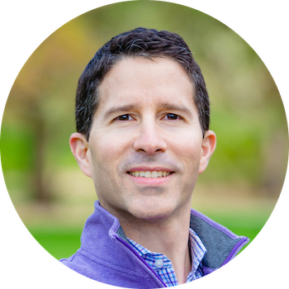 In this session, Professor Weiss provides a practical framework for more inventive approaches to public problem-solving. Based on his recent book, “We The Possibility”, Weiss informs chiefs of staff of the leadership techniques for breaking through the status quo when in government or in partnership with them.

Prior to joining Harvard Business School, Weiss was chief of staff and a partner to Boston’s Mayor Thomas Menino. In 2010 he co-founded the Mayor’s Office of New Urban Mechanics. 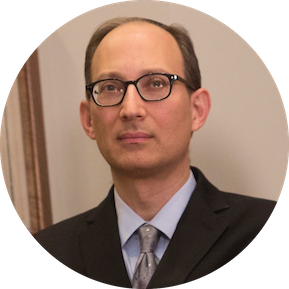 Rivalries in the White House, from Truman to Trump

The White House Chief of Staff is the most famous and visible chief of staff role. They play a crucial role in running the White House and are tasked with controlling internal conflicts that are endemic inside presidential administrations.

In this seminar, presidential historian and former White House aide Tevi Troy will discuss the role of White House Chiefs of Staff in managing infighting, based on his book, “Fight House: Rivalries in the White House, from Truman to Trump,” which the Wall Street Journal named as one of the best political books of 2020. Dr. Troy will share key lessons from his work about how to control infighting not only in the White House but in any organization.

Dr Tevi David Troy is the former United States Deputy Secretary of Health and Human Services during the Presidency of George W. Bush and is a Senior Fellow at the Bipartisan Policy Center. He also served as a senior White House aide in the George W. Bush administration from March 2005 to July 2007 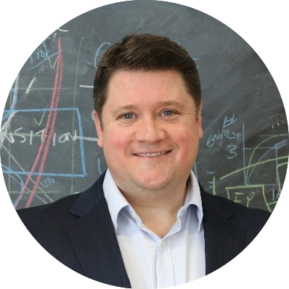 To elevate corporate effectiveness in today’s complex world, it is imperative that a chief of staff can strategically align the corporation across all business functions.

Delivered by Saïd Business School at Oxford University, this webinar will introduce participants to key concepts, strategies and practical frameworks that will help them better align their enterprise, enabling the fulfilment of its purpose and improving performance.

Dr Jonathan Trevor is an Associate Professor of Management Practice at the University of Oxford’s Saïd Business School. Jonathan consults extensively with executive leadership teams to help them to transform their organisations to be fit for purpose. 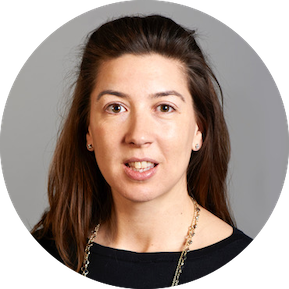 Ms. Healy oversees a dynamic team at News Corporation, working on global mergers and acquisitions and corporate development to further grow and diversify the company’s portfolio, while fostering innovation and synergies across News Corp businesses around the world. Drawing on her extensive experience, Anoushka’s insights will benefit the most senior chiefs of staff and early career professionals alike.

Anoushka Healy is the Executive Vice President and Chief Strategy Officer of News Corp, previously working as Group Managing Editor of The Times and The Sunday Times (of London). Additionally, Ms. Healy serves on the board of the Times Newspapers Holdings Ltd. 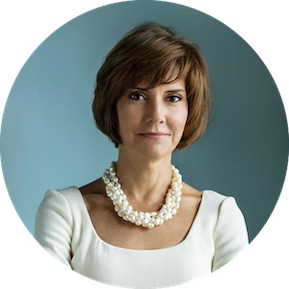 In her posts, she enhanced traditional protocol methods with new tools to build relationships between dignitaries and industry leaders worldwide. She oversaw the diplomatic details of multiple state visits, G20 and G8 convenings, presidential inaugurations and summits such as the Nuclear Security Summit, APEC, NATO and Sunnylands summits.

In this seminar, Marshall will share unvarnished examples from her time in office; a virtual master class in soft power. CSA Members will gain tools of diplomacy that may be applied in their work and everyday life.

Marshall served as White House social secretary in the Clinton Administration from 1997-2001 and United States chief of protocol in the Obama administration from 2009 to 2013. In 2013, she was awarded the Distinguished Service Award from the Secretary of State and the Order of the Cross of Isabel La Católica from the Ambassador of Spain.